On Thursday, June 17th, a severe storm moved through the southern region of Minnesota. Meteorologists warned that residents should expect quite a feisty storm but that it would most likely remain south of the Twin Cities.

Some severe thunderstorms were also expected to move over the area, bringing with it some heavy rainfall and large hail. The Storm Prediction Center warned residents of damaging winds and massive hail that could damage property and injure drivers and pedestrians. 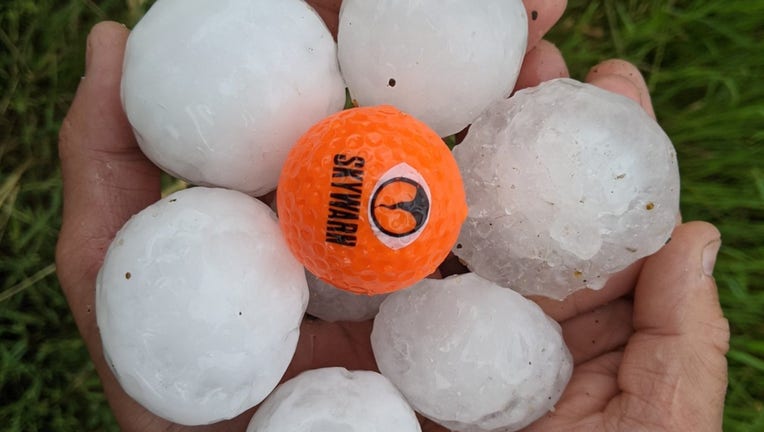 On June 18th, a severe hailstorm pelted areas south of the Twin Cities, namely Lonsdale, Elko New Market, and Cannon Falls, in what weather professionals described as a hailstorm explosion.

Hail the size of tennis balls fell from the sky and caused widespread damages to the region. Residents and business owners reported several damages to homes, buildings, and vehicles. Residents also took to social media to document the large hailstones which fell onto their properties. One resident in Lonsdale stated that the hailfall sounded like someone consistently hammering up on his roofing system.

At the Winona County Airport, about 2.7 inches of rain was recorded in the surrounding area.

On June 20th, a severe thunderstorm watch was issued for parts of southern Minnesota, with a possible tornado threat. In addition, the National Weather Service mentioned that the Twin Cities could expect about 0.65 inches of rain, while the northern parts of Minnesota could expect just a little more than an inch of rain.

WCCO meteorologist Chris Shaffer noted that while southern parts of Minnesota experienced this significant hailfall, many areas around the state were still experiencing worsening drought conditions. Parts of the state are still under a fire watch threat, including several areas in and around the Twin Cities.